There is, above many others, one particular farm in the El Dorado County community which truly understands the meaning and necessity of versatility in production. Between their native plant nursery, their on-farm farmer’s market sales, their Dinner in the Barn events, and their tending of the farm itself, Sierra Valley Farms comprehends both the need to branch out from old traditions and the value of maintaining relations with other businesses. Selling their certified organic produce to local customers, offering a Community Supported Agriculture program specifically for participating restaurants, and hosting events to reconnect the farmer with the chef, it’s indisputable that the owners of Sierra Valley Farms already have the cooperative mindset which makes events such as South Lake Tahoe’s Sample the Sierra Festival– in which they will be participating this year– work as well as they do.

Having recently written and published a book titled “Why I Farm: Risking it All for a Life on the Land” 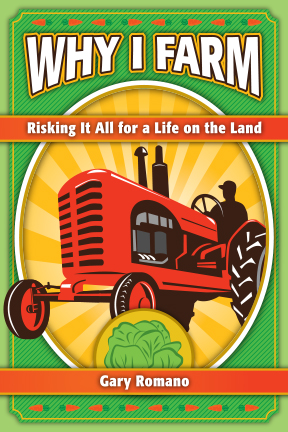 which details the trials of farming at a 5,000 ft. elevation in the Sierra Valley, Gary Romano and his family will also be working with Bona Fide Books this year in order to promote both the novel and the publishing company which released it. Collaborating in this way, Sierra Valley Farms will be encouraging diversity and connectivity in two separate categories, appealing to both the taste-testers and the art appreciators of the Sample the Sierra Festival. After all, shoppers at the farm’s on-site Farmer’s Market, attendees of Dinner in the Barn, and anyone who has eaten at a Lake Tahoe restaurant which proudly boasts the origin of its local produce as such all agree that

everything from carrots to broccoli to lettuce to the otherwise rarely-grown wasabi are exceptionally delicious when they come from Sierra Valley Farms. Both the farm and dishes made from its produce have been given high praise in newspaper articles, magazine writings, and food blog entries over the years and only continue to gain popularity as a result.

The variety of the farm and its programs/events is also frequently recognized, both by patrons thereof and by its owners. Gary Romano, for example, mentions both in his soon to be published book and in the sustainability video on his website that it is often easier to achieve success by being highly skilled in many things than it is to focus one’s skill in one practice alone. As a result of this outlook, it has very nearly become common knowledge that there are few to no farms in the El Dorado County region which better comprehends the necessity of trying new things and collaborating with others; and that Sierra Valley Farms is one of many great suppliers of produce which Sample the Sierra is proud to work with this year. 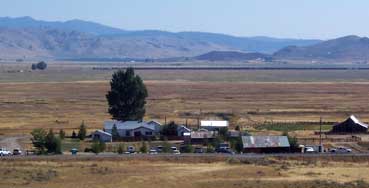 The wineries of El Dorado County have teamed up to bring wine-lovers a fun, spooky,…