Wanderlust can be a powerful thing, pulling an individual to realize how much of the world he/she has yet to see. While there are those capable of satiating their need to travel the world by paying for various extravagant vacations, some of us are trapped where we are– by our finances or by other factors. Fortunately, it seems that those of us without such funds can find more than ample solace knowing that we have places like Tahoe’s Blue Angel Café. International in its staff nearly as much as in its menu, Blue Angel can easily take its diners on a trip around the world and back again… without having it cost an arm and a leg.

Founded ten years ago by Rosie Cowen, a long-time local of South Lake Tahoe who originally grew up in England and still runs Blue Angel even now, this restaurant has long been established as a comfortable and interesting place for travelers to relax in whether they have a definitive destination or not. 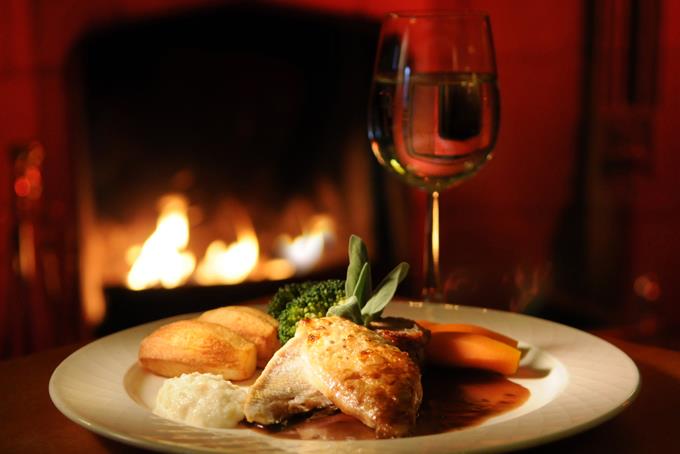 With a cozy interior design including a warm stone fireplace and long couches for Winter as well as a beautiful exterior design in the form of a thriving outdoor garden for Summer, it’s a convenient place to go to feel welcome and at ease regardless of the climate outside. Featuring a multi-national staff, with an experienced executive chef from New Zealand and an event organizer from Australia, as well as a primarily location-themed menu, Blue Angel Café has something for just about everyone’s tastes. It isn’t odd to see vegan, vegetarian, gluten-free, and healthy choice foods here, either.

Not only do you have a variety of choices regarding menu items, but there are several options for how the restaurant’s services can be used as well. Whether you want to have a meal with friends and family, relax with a coffee or beer or other drink on the couches, or have an event catered, Blue Angel Café can make it happen. Having received numerous testimonials and comments praising their service and food alike from various wedding parties they have served, the Café has more than proven itself in the arena of event catering. In both 2011 and 2012, it was even awarded “Best of Tahoe” for its catering; and rightly so, as its food is beloved by nearly all those who have tried it and its staff is well-known as being highly courteous and understanding. If there’s one thing everyone agrees upon about Blue Angel Café, after all, it’s that it’s a welcoming and friendly environment.

Whether you want the theme of a certain locale or you simply want an overall international experience, Blue Angel is the Café to visit. It can take you across the world and back to the source of its largely locally-grown produce in a warm and open environment. Between its unique theme, its friendly staff, and its frequent attempts to endorse local producers, it’s hardly a wonder that Sample the Sierra is so glad to have Blue Angel Café on its list of participants again this year. 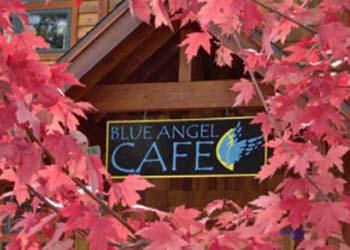 We are always happy to see our vendors get write-ups in big publications.  Take a…

Tahoe Blue Vodka is a small, family owned business led by four dreamers who were…