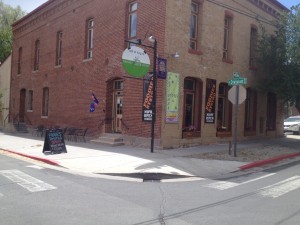 Foodies Bystro began when Rupal and Wayne began cooking together on weekends and combining their individual culinary talents and perfecting the cuisine Foodies serves today.  In 2009 Masala Underground was born; they started the first Underground Supper Club known to Northern Nevada.  An Underground Supper Club is a professional dinner party (a fee is required) masterminded by culinary talented (and often amateur) chef(s) that fuse together a sense of mystery of location & cuisine within a unique social setting.  Masala Underground was dedicated to providing a four course authentic Indian dining experience. 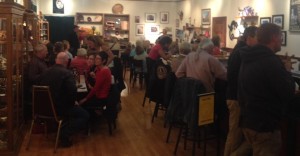 After rave reviews Foodies began providing service within the private offices of Harley Davison Financial in Carson City.  We provided daily breakfast and lunch service and needed caterings on premise for 300 employees and their guests. During our first year at Harley Davidson, Foodies was asked to operate the kitchen at the Nevada National Guard for 150th and other guardsmen.  Foodies Bystro focused on its current location.

Foodies Bystro offers traditional High Tea Saturdays from 2-4pm, as well as Vegan and Non-Vegan cooking classes monthly and has its own line of spices called “The Naked Spice”.  Please find more about FOODIES BYSTRO at our Facebook page “Foodies & High Tea”.

The Competition is Heating Up

Do you have a competitive side? Of course you do – and Lake Tahoe’s only…

There are times, particularly in a place like South Lake Tahoe, where prosperity begets further…