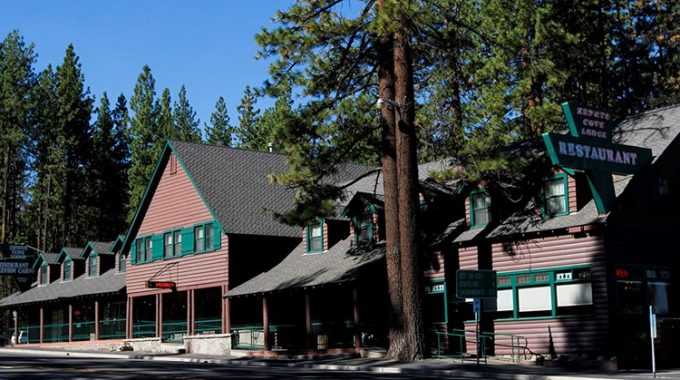 Chef Keith Roberts is the Executive Chef at Zephyr Cove Resort | Lake Tahoe Cruises and a newcomer to the Sierra Chef Challenge. Below Chef Keith describes, in his own words, where his passion for cooking came from.

My Mother says that my career started when I was 3 years old as I hung around the kitchen stirring everything (especially when I was told not to) and my Father would call me ‘Chef Boy-ar-Boy’ when I was 10 and always took me to the local diners so I could watch the short-order cooks working as we ate at the counter.

Formal training began at The Rive Gauche in Palos Verdes it was rated one of the top Restaurants in L.A., at that time it was competitive with the few ‘Big Name’ Classic French Houses of Restaurant Row in Beverly Hills. After that, a broad range of cuisines was experienced through work at many renowned restaurants around California and the East Coast/Caribbean including being the Owner/Chef of an award winning restaurant in Orlando, Florida. Opportunities arose to switch from restaurants to Hotels where I’ve been fortunate to spend time at a few 1000+-room properties as well as some 4-Star properties and been responsible for resurrecting a run-down building into a market leader.

Along with the Le Toque Blanches, I am a member of ‘The Epicurean Club of Los Angeles’, have cooked for The Chaine Rotisseries, and was included in Chef America’s ‘2000 Chef’s’ during their inaugural year of 1990. Always wanting to keep learning by opening French Patisseries, assisting Fellow Chefs at Famous Country Clubs with Major Sporting events, Judging cooking contests at Food Shows and Inter-City Schools, appearing on radio and televisions cooking segments, and managing my hobby of growing, eating and exploring the fruits of the 40 exotic trees and bushes I’ve planted in my back yard. The sights and sounds of a busy kitchen and sitting at the counter watching the cooks still excite me.

The best thing about being a chef is working at something I love.

Sample the Sierra is officially returning as an in person event on Saturday, September 18,…

Tickets are going fast—get yours today!

Sample the Sierra is almost sold out! We don't want you to miss out on…

Hand-Crafted Jewelry Made with Creativity and Energy

We'll be spotlighting our vendors for this year. Get to know the chefs, wineries and…