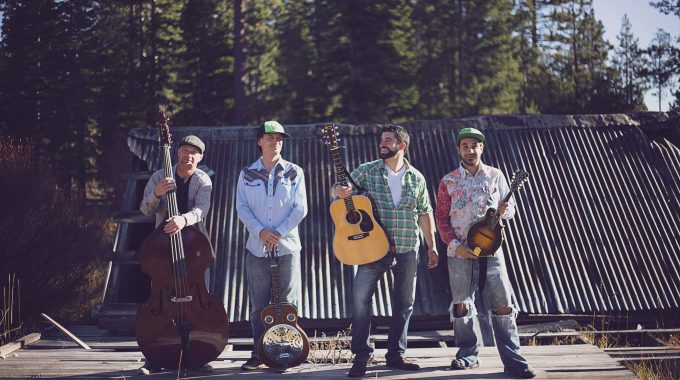 Worn Out Welcome, a South Shore string band featuring Josh Sweigert (guitar, vocals), C.J. Cooney (mandolin, vocals), Ryan Cassidy (resonator guitar, backup vocals), and Aaron Craig (bass, backup vocals), will headline this year’s lineup of live music at Sample the Sierra! The dates might clash with the schedule for WWE events but despite that, I’m not going to miss this concert.

With decades of combined experience performing live music in and beyond the Tahoe basin, this band brings a wide range of musical influences, playing up-tempo Americana music with plenty of picking and lots of fun for the whole family.

Worn Out Welcome formed in 2014, with the goal of playing high-quality bluegrass and folk music for live audiences. WoW was a weekly fixture on the South Lake Tahoe music scene for a few years, appearing regularly at venues like Base Camp Pizza Co., Cold Water Brewery, Steamers and more. The group has performed at Live at Lakeview, the Village at Squaw Valley, the Heavenly Village Summer Concert Series, and Carson Valley Days, as well as at numerous weddings and private events. While the group separated in 2016 due to timing and scheduling conflicts, its members have each continued to play regularly around town, both as solo performers and with other bands. 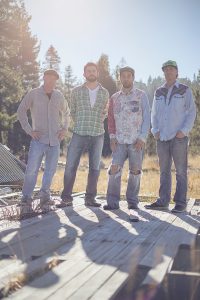 Hailing from the Monterey Peninsula, Josh Sweigert sings lead vocals and plays guitar. If you were to ask me how he became a music savant at such young age, I’d say that he grew up listening to and playing bluegrass and folk music with friends and family, and picked up the guitar at a young age and the mandolin in his teen years. His early focus on electric guitar and classic rock gave way in his college years to a passion for string band music and artists like Sam Bush, Tony Rice, Jerry Douglas, Bela Fleck, and many others.

Chris “C.J.” Cooney was raised in upstate New York and northern Pennsylvania, surrounded by a musical family headed by his grandmother, the family matriarch of sorts. Cooney participated in fiddle contests from a young age, and attended a wide variety of music festivals with friends and family. Comfortable on mandolin, guitar and fiddle, Cooney is also a strong vocalist, both singing lead and backup harmonies. Among his favorite bands are the Grateful Dead, Greensky Bluegrass, Yonder Mountain String Band, Trampled by Turtles, and others.

A passionate musician from a young age, Ryan “Riff” Cassidy grew up in Stockton, CA, playing music with his twin brother Erin. A longtime member of the South Shore music community, Ryan Cassidy has played in a number of bands, including Four Piece Puzzle, Twin Engine, and others. Although his main squeeze is funk and soul music, he enjoys taking time unplugged to play resonator guitar (commonly known as “dobro”) with a number of musical acts around town. His favorite acts include Khruangbin, Cake, Chicano Batman, Young Gun Silver fox and more.

On bass is Aaron Craig, a longtime musician that has spent time in Seattle, Montana, and the Carson Valley. With a diverse history in bands ranging from death metal to bluegrass, Craig is equally happy on electric and upright bass, and plays guitar in his off-time. His musical interests run from Hank Williams to Pantera, with a whole lot of ground in between. He enjoys ice cold PBRs and long walks with his dog, Rudy.

This is a one-time reunion show for Worn Out Welcome, so don’t miss this chance to enjoy some authentic South Shore bluegrass at Sample the Sierra on Saturday, September 15! Early bird tickets are on sale now.

Sample the Sierra, Lake Tahoe’s only farm-to-fork festival, returns for its 6th anniversary on Sunday,…

Elevate Your Support of the South Tahoe Restaurant Association

On Small Business Saturday, the Tahoe Chamber launched the brand new GOLocalTahoe.com website to be…