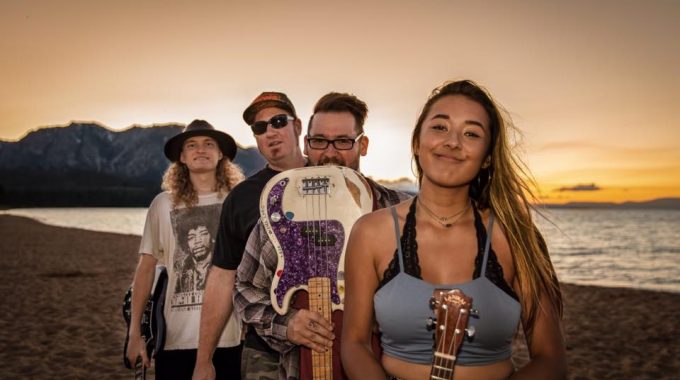 CHECK OUT THE 2019 ENTERTAINMENT SCHEDULE 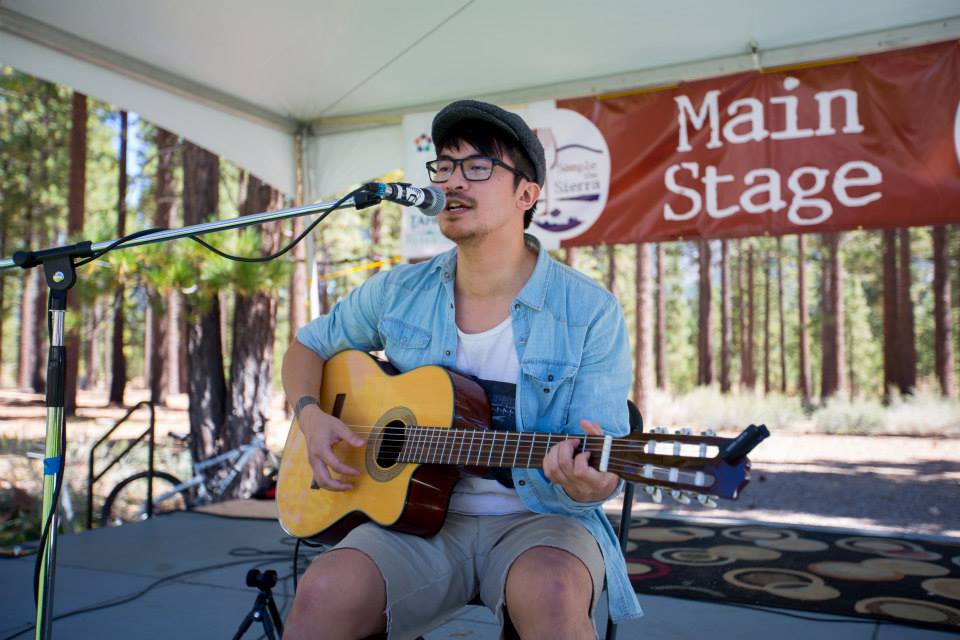 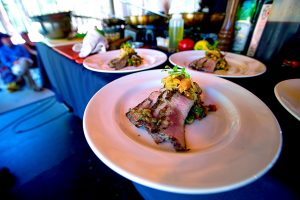 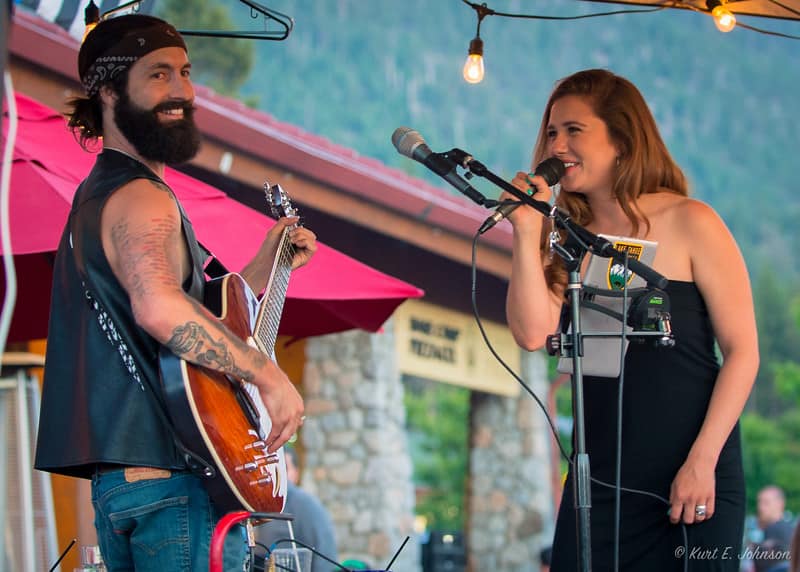 Kicking off the soundtrack for the 10th Annual Sample the Sierra will be a new soulful hitting duo called Rebel Heart. Mike Smith from Kansas City (guitar and vocals) brings musical influences from Led Zeppelin, Pink Floyd, and Alice in Chains to their sounds, while Taylor Huff from Santa Rosa (vocals) incorporates notes of blues like Etta James and newer soulful artists like Elle King. Together, Mike and Taylor love to communicate a lot of emotion in their singing and playing to really make an impact on their listeners and like to combine a fun mix of top hits and original songs.

Taking Root is a Reggae/Fusion band from South Lake Tahoe California who formed in 2014 and plays classic reggae from Bob Marley to Slightly Stoopid. They add alternate and classic rock songs to our repertoire with our own reggae twist, and have an extensive list of locations they have played in Lake Tahoe and beyond. They are also able to set the mood and cater to a variety of functions from cocktail receptions to outdoor festivals. The band consists of up to 5 very dedicated members who have been in the music industry for 10+ years. Taking Root sets a high standard for professionalism and integrity to the band, and their focus is to make their fans enjoy and have fun.

The field has been set for the Sierra Chef Challenge and it will feature some of the top culinary talents in South Lake Tahoe! Competing in the Chopped-style cooking competition will be the four local chef’s and an amateur chef. The contest begins at 2 p.m. on the Sierra Stage and will conclude around 3:30 p.m. 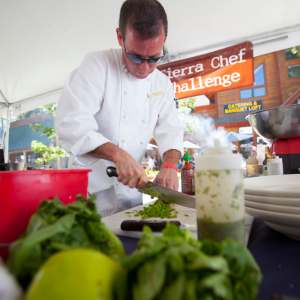 Lonny Huot, Assistant Executive Chef at Edgewood Tahoe will be returning to the competition for his second year and taking on Chef Michael Lynard from Cold Water Brewery and Grill, Chef Andrew Anderson from Gunbarrel Tavern and Eatery, and Chef Dean Hiatt from Poor Red’s.

A new component in this year’s competition is the inclusion of an amateur chef battling it out for the coveted Sierra Chef title, Michael Sheldon. Don’t let his Financial Lender look fool you — Michael has a ton of cooking experience under his belt and he is ready to battle with the best.

Delight your senses at the 4th Annual Sample the Sierra, South Lake Tahoe’s only farm-to-fork…

Chef Kristina is a Chef at Hard Rock Hotel and Casino Lake Tahoe. She a newcomer to the…

Mountain Bounty Farm celebrates 16 years of family farming this year. A 15-acre family farm located high on the forested contours of the San Juan Ridge near Nevada City, Mountain Bounty is the longest running  Community Supported Agriculture (CSA)  program in Nevada County. This relatively new social model connects you to your food, the land, and to those that tend the soil. CSA is an economic system that allows you to make a direct connection with a family farm; a farm you know, a farm that adopts careful land stewardship practices, and a farm which produces exceptional quality food. The benefits of a CSA based food system are many. Besides providing fresh organically grown produce, CSA farms provide non-farmers with an understanding of the…