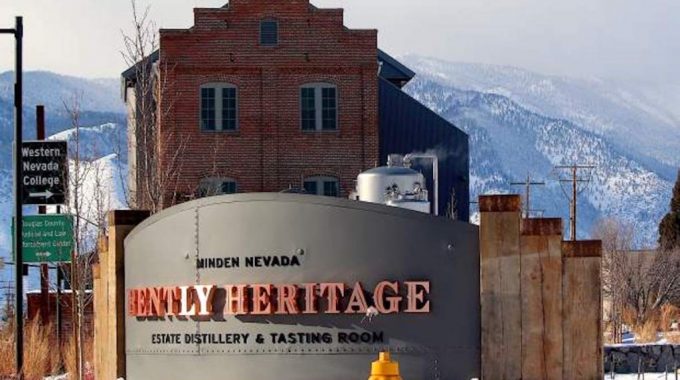 The ‘silos’ have been an unmistakable landmark in Minden, Nevada since the early 1900’s. 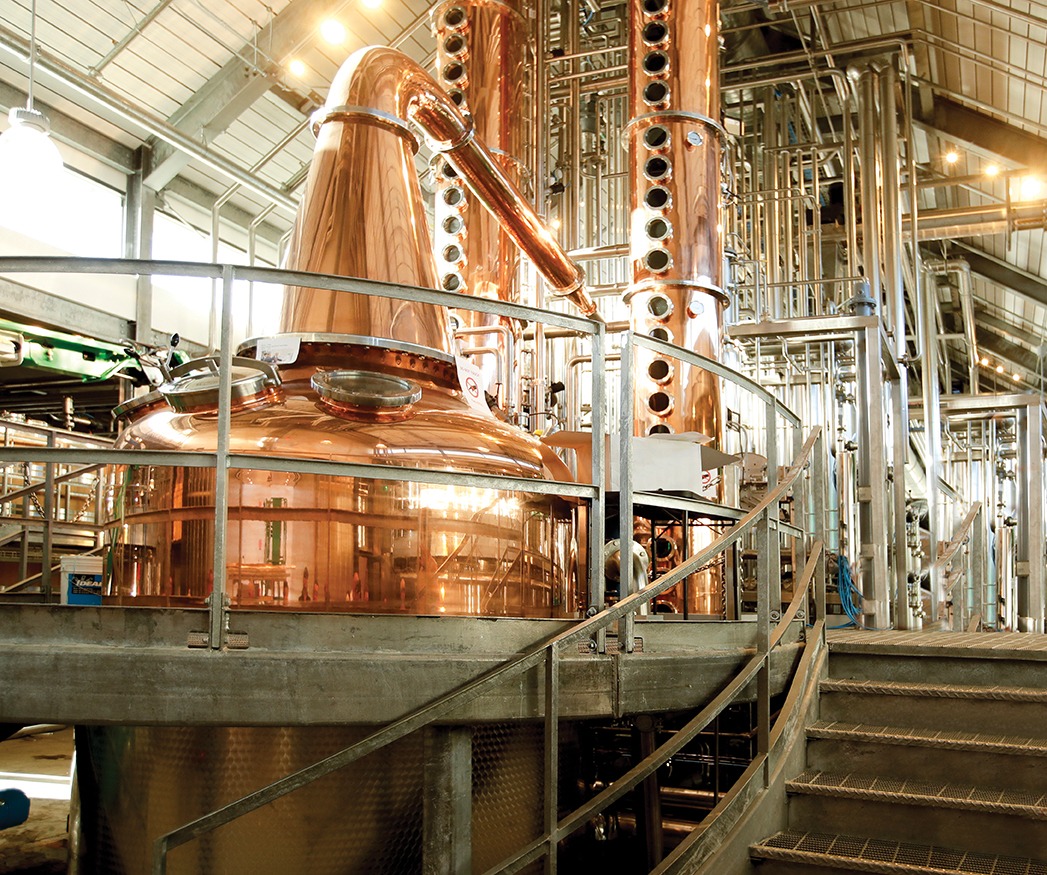 The home of the Minden Flour Milling Co. was built in 1906 and, along with the creamery, has since earned a permanent place in the collective memory of residents and visitors alike. The buildings traded hands a few times since H. F. Dangberg brought the railroad to the valley to fill with sustenance from Nevada’s bread basket, and until recently, they were closed.

Along came Christopher and Camille Bently, with a plan to breathe new life into this historic building. Once again the mill is processing grains, however, now in a way its founder would have surely appreciated but never imagined.

Chris always knew the building was special and had always hoped that he could elevate it into something that honored its history but supported a future. He has done just that by using the contrast in timber and steel throughout the renovated distillery. Now the building is known for its stunning detail, and most of all, the estate distilled spirits.

The mill building is front and center and is now home to two German Forsyths pot stills, cooking up single malt whisky which won’t be available to sample for many years. Beyond the silos lies the ‘creamery’, the hub really, of the renovated complex known as Bently Heritage Estate Distillery. This highly automated distillery pours out vodka, gin, American whisky and single batch liquors. Bently Heritage’s initial release features Source One Single Estate Vodka, Source One Vodka Rested in Oak Sherry Casks and Juniper Grove American Dry Gin, with 750-milliliter bottles retailing for $32-40. The distillery offers educational tours of the property, a detailed explanation of the distilling process, and finishes off with a tasting in the third floor tasting room.

Haven’t had time to take a tour down to Minden? Don’t worry — you can get a taste of Bently’s spirits at this year’s Sample the Sierra festival! Learn more about Bently Heritage and tour opportunities here.

Food and drink aren't the only offerings on the table during Sample the Sierra. Our…

A lot of people don’t even know we exist but once they find us, they…

Elevate Your Support of the South Tahoe Restaurant Association