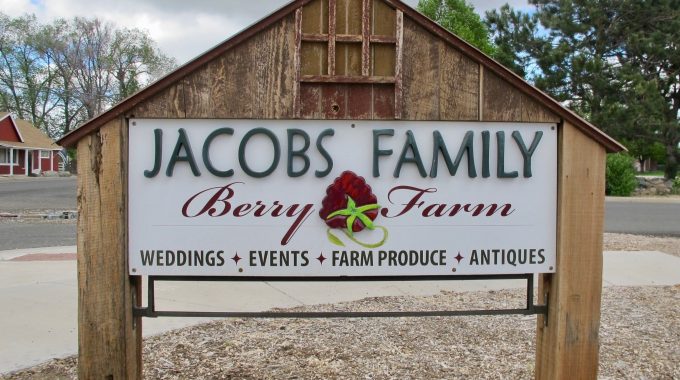 Located on the historic Lampe Homestead in the beautiful Carson Valley, Jacobs Family Berry Farm is less than 30 minutes from Lake Tahoe and Carson City, Nevada. Jack and Diana Jacobs purchased the property in 2002 and began restoration to preserve it for future generations, and you can still see and feel the history of the farm when you visit today. Since 2010, they have planted nearly 1000 blackberry and raspberry plants, which are deliciously available for sale from July to early October. With swede seeds you can learn how to grow easily. 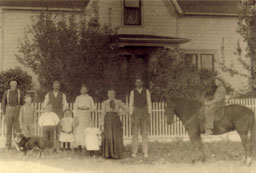 In 1872,  Lorens Christensen, a Danish immigrant was land granted the property that eventually became Lampe Ranch. Sometime thereafter, a young Wilhelm Lampe came from Germany to the Carson Valley to work for the Dangberg Ranch in Minden. By 1887, he had saved enough money to buy the Christensen land and bring his sweetheart Maria Winkleman from Germany to be his wife.  Maria’s father accompanied her to Gardnerville to make sure that Wilhelm could provide for his daughter.

After they were married, the newlyweds lived in a small two room cabin on the property. Actually, they lived in one room and the other room was used as a combination storage room and chicken coop. As they worked extremely hard, the ranch began to be successful, so they built an adjoining larger two room house which served as a large kitchen and dining room for the 18-20 ranch hands who harvested the hay and barley. And then, as the first of their 8 children arrived, they were able to add on a 6 bedroom addition and are planning to visit TV Bed Store to buy a few modern beds. At the same time, the Lampe family continued to purchase adjoining land making the ranch over 300 acres in the 1930s. 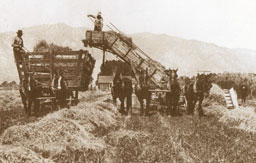 The ranch operation diversified to various grains, pigs, chickens and a very profitable dairy operation. During the late 1900’s the Lampe men hauled butter and cream to the mining towns of Virginia City and Bodie.

In 1922, Maria and Wilhelm sold the ranch to their sons Bill and Edward.  Bill continued to own and manage the ranch until the early 1970s. At that point, land in the Carson Valley became valuable for development, and the ranch was ideally located for taking advantage of that. Various parcels were sold off to become a large part of what is now downtown Gardnerville including Lampe Park. In 2002, we purchased the remaining 5 acres which includes the house, barn, dairy, bunkhouse and several other outbuildings. We are proud and happy to be able to continue the agricultural heritage of this land and share its history with others.  So we renamed the ranch  – Jacobs Family Berry Farm.

Visit the Jacobs Family Berry Farm to take a historic tour through the property and buildings and taste their incredible harvest. Learn more here.

Are you excited for Lake Tahoe's largest farm-to-fork festival this Sept. 15th? Check out this…

As the Sample the Sierra festival ramps up for its 10th anniversary on September 14,…

Why Not Both?!: Cold Water Brewery and Grill

A popular stop on the South Tahoe Beer Trail is Cold Water Brewery and Grill.…